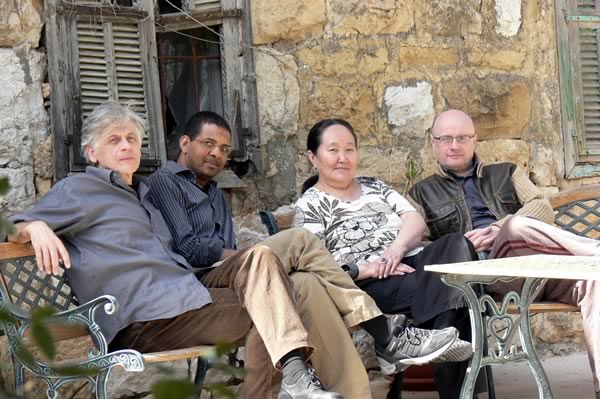 PRESSCLIP [ Folk-tales Portland USA ]
„Already climbing the World Music charts in Europe, it’s sure to become a classic in the experimental sub-genre. TranceSiberia breaks barriers most musicians wouldn’t even consider, let alone ponder. A must have“.

born in 1950 in the District of Megino-Khangalaas in the Siberian Republic of Yakutia. After her studies at the famous Shepjin School of Acting, she started in 1974 an acting carrier at the Ojunski-Sakha-Theatre. She received, as well, the Ojunsky prize from the USSR and is a celebrated actress since this time. As a singer and performer Stepanida mastered many different styles of the traditional Sakha singing. In the entire Russian Federation and abroad, Stepanida Borissova won her special place in the world of music mainly as a singer of „tojuks“ (improvised, epic songs).

Stepanida sings „ugadan kurduk“ as a shaman. In Kamlania female shamans are considered more powerful than male shamans. Though it is difficult to prove, it is said that her voice has healed people. With a unified work with other artists of her country she has been very important in the further developement of the Sakha culture.

For this, she also is highly engaged in international projects. She has made many guest appearences in international Theatre from such countries as, Mexico, USA, Finnland, Germany, Japan, Poland, Norway, Italy, France, the Czech Republic, Hongkong, Hungary, Great Britain and in the lands of the once USSR. In these countries she toured giving many concerts and has received international acclaim.

Hubl Greiner is known for many projects in testing the validity of border-setting in music. He enjoys to look deep into the abysm and sometimes further. He is an eclectic composer/musician who seems to draw on everything from Pop forms to Jazz, World or the most abstruse modernist styles, and he uses these disparate elements to create his works.

Mohamed Badawi is founder, composer and singer of the groups Badawi-Project, Diwan and El Nour. The oud, or Middle-East lute, plays a central role in his musical renditions. In addition to the oud, he also plays a Sudanese variation of the Bongos, which consists of three drums. He began learning the traditional rhythms of his homeland as early as the age of five and these skills influence and enrich his music. Vocally, he covers the entire Arabic musical spectrum, from the historical religious Sufi music to the lively modern music heard world-wide. He stems from the well-known Sufi family of the Quadiriyya and has lived in Europe since 1984.

Since 1987 Mohamed Badawi has collaborated in numerous projects with musicians from all over the world. He has had the pleasure of working with Iyad Himour and the group Palmyre (Syria), Naziha Azzouz (Algeria), the expert tabla player Ibrahim El Minyawi (Egypt), Tunji Beier (Australia), Matthias Loibner (Austria), Moussa Selkh (Algeria), Haja and Lego (Madagascar), and Afrique Loloé, to name a few, as well as Diara Konaté (Guinea), Haisam Salah Edine (Lebanon), Surendran Reddy (South Africa), Chiha (Tunesia), and the choreographer Peter Czerner (USA). In 2000, he took oud classes from the Syrian professor Adnan Aylouch in Damascus.

He composed music for dance and puppet theater performances in Germany and Switzerland. In 2000, the lord mayor of Constance honored Mohamed Badawi in the name of the Internationaler Tag des Freiwilligen Engagements (the International Day of Volunteer Commitment) for his dedicated efforts in school projects in Sudan. Mohamed Badawi is also doctor of linguistics. He is the founder of a high school project for education and cultural exchangea and he is the founder of Sudan Education Project (Supporting education in Sudan, supporting street children in Sudan, founding the „Nihal European University in the Sudan“, supporting cultural exchange.

Roman Bunka is one of the most prominent German ud players and guitarists. He was born in 1951. Bunka was a founding member of several of the most influential German rock bands, including avant garde rock bands like Embryo and Aera. He impressed fellow musicians with his oriental style of guitar playing.Bunka was so immersed in Egyptian music that he even represented Egypt with the Nubian singer Mohamed Mounir as arranger and ud-soloist at the Mediterranean Culture Festival in 1992 in Nimes, France.

With solo-concerts in Tunis (Festival de la Medina), Cairo, Damascus, Aleppo and Beirut as well as in Lanzarote with the group Vox and his performance at the Jazz Festival in Granada he was able to bring his vision of Arabic music closer to an interested World-music audience …He has worked with the Flamenco-guitarist „Tomatito“, with Mal Waldron, Jean-Michel Jarre, Hubert von Goisern, Trilok Gurtu, Mohamed Mounir, Abdu Dagir, Hamid Baroudi, Blixa Bargeld and many others.

Filmmusic with Doris Dörrie and for „Al Oud“ Fritz Baumann (Film award 1992 at the Chicago International Film Festival) etc. „Roman Bunka is one the greatest guitar players I’ve ever had the pleasure to listen to.“ Henry W. Targowski (in Mark/Space, 1996).

Belgian-Canadian artist Jean Detheux creates exquisite, rapturous digital paintings and otherworldly videos inspired by his philosophical studies. For over thirty years he worked in natural media, but he made the transition to digital media when he found that the materials he used were causing severe allergic reactions.

His experience with natural media “paved the way” for his digital work, his story of personal reincarnation. His use of digital media is both eloquent and innovative, simultaneously sublime and transcendental, a “visual phenomena.” Jean is involved in the Film Board of Canada and is frequently invited to show his animations and lecture at film festivals and other events open to experimental art. 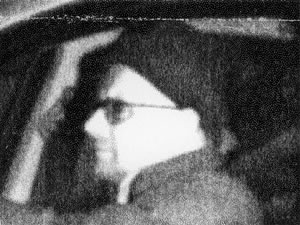 "...a devil-of-a-fellow and probably one of the most creative producers and musicians in his profession in Europe" Ear Magazine New York